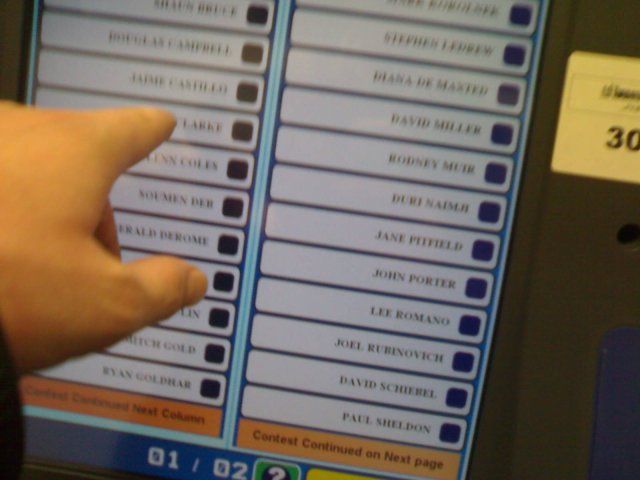 What if you could choose your own algorithm? Not just configure a single algorithm that governs a social media platform or website, but actually bring your own algorithm, or select an independent one, to sift through and organize the information available on a platform?

Like bringing your own lawyer to the negotiating table, or having your own map for the journey ahead. Given what we’ve come to understand about the inherent bias or agenda of algorithms, perhaps it makes sense that in the near future we should have the ability or at least demand the right to choose our own algorithm?

Dorsey said Twitter is “excited to build” features that will give people more choice over what they see. “You can imagine an app-store-like view of ranking algorithms that give people ultimate flexibility in terms of” what posts are put in front of them, Dorsey said on the call.

Twitter could both create its own ranking algorithms for people to choose from and offer a “marketplace” where people select different options. “That is something that not only we can host but we can participate in,” he said. Giving people more choice would “not only help out business, but drive more people into participating in social media in the first place,” he said.

This could benefit Twitter for two obvious reasons. One the one hand it gives them a competitive advantage against social media platforms that are much larger than them with deeper resources. And on the other it helps enable greater innovation in algorithms on their platform, giving people more reason to remain engaged.

Although Dorsey also sees this measure as a potential means of evading responsibility and/or regulation?

Dorsey also sees decentralization as a way to “address some of the problems” around Section 230, the law that gives platforms protection from user-created content. The law has recently been a popular target for some legislators, and a decentralized network might offer Twitter a way to avoid issues if stricter rules were to be put in place, whether those rules require more moderation or for Twitter to apply a more neutral approach to what content is surfaced.

Twitter has slowly been working on developing a decentralized social network for more than a year. Dorsey announced the project, named Bluesky, in December 2019, but the company is just now trying to hire a project manager — so things are clearly a ways off. TechCrunch published a deep dive last month on where the project is headed, and it described Bluesky as “firmly in the research phase.”

Worth noting that Twitter is treating their efforts to create a decentralized social media platform as completely independent from their current operations.

Twitter is not trying to reinvent the wheel or the milieux of decentralized social media services.

Somehow the link that is in the tweet above, that you can find by clicking that link, is not showing up in this embed display. It leads to a PDF that was compiled by and about decentralized social media technology and platforms.

Jack Dorsey tweeted about the subject of using a market approach to algorithmic sorting and filtering of social media last fall, in response to conversations they had with elected officials while testifying before the US Congress:

The link above provides a comprehensive overview of the issues surrounding how this content is managed.

We first explored this concept of choosing your own algorithm in an issue we published last year under the title of “Distributed Artificial Intelligence.”

Aggregate decision making can be possible as all of these AIs combine to debate and decipher the wide range of possible positions.

Of course like any other system, this could be gamed, but it provides a vision of automation that is far closer to the individual, retains their rights and autonomy, while still empowering them with the power of data and analytics.

The question is not whether distributed artificial intelligence will emerge, but who will have access to it.

While Twitter’s vision of an algorithmic marketplace may not happen, automation is already within the reach of anyone willing to develop the literacy to leverage it.

Having greater access to competing or customized algorithms is an issue of fairness, but it also brings a whole new set of problems and potential.

For example, what impact would choosing your own algorithm have on the tendency for online communities to become insular? Whether filter bubbles or echo chambers, the current configuration of algorithms and digital platforms tends to encourage online groups to look inward rather than outward.

Having a range of algorithms to choose from could certainly counter these insular tendencies, however they could also be used by groups who deliberately want to reinforce their insularity.

Take this even further and you could anticipate the current “information war” or “culture war” escalating to the level of algorithmic war.

Our algorithms would be grateful if you were to take the time to tell the other algorithms that you enjoyed this article by sharing it with your network.

Understanding the Economics of Language