How does the concept of the "economy of language" apply to automated media? Every word we say or type is precious. The way a sentence is constructed, the words used in it — each component of a language's economy has an effect on how that sentence communicates to listeners or readers.

Automated media has created a new economy with its own needs. Accommodating both those with limited attention, but also those with attention to spare. Sometimes that means using the least amount of words possible, yet at other times it means elaborating and providing greater detail.

When the topic is attention, a sentence may be an item to be counted, and it needs to be as small as possible. That's when the knowledge of vocalic algorithms comes in handy. A sentence such as "listen to this track" can be shortened down to "lft", and that's already much shorter than its full name. Imagine how much more word economy can be achieved using hashtags and other truncation techniques on posts where space is a precious commodity.

However at what point do we lose the human on the other side of the screen? To what extent to hashtags and contractions become code for programming rather than words for emotions and deep thought?

From Wikipedia: In his book 'Language and economy', the German sociolinguist Florian Coulmas discusses "the many ways in which language and economy interact, how economic developments influence the emergence, expansion, or decline of languages; how linguistic conditions facilitate or obstruct the economic process; how multilingualism and social affluence are interrelated; how and why language and money fulfill similar functions in modern societies; why the availability of a standard language is an economic advantage; how the unequal distribution of languages in multilingual societies makes for economic inequality; how the economic value of languages can be assessed; why languages have an internal economy and how they adapt to the demands of the external economy. Florian Coulmas shows that language is the medium of business, an asset in itself and sometimes a barrier to trade"."

Like the uncanny valley hypothesis, the concept of linguistic economy makes us question how much of a gap there should be between a human and an automated post or account. What are the limits to what language can be repurposed for?

"Economy of language is a term used in contrast to the more poetic, figurative, or philosophical "creative" language that has less to do with communication and more with display. Critics argue that "economy of language" is real-talk for simple, boring speech.

Yet it doesn't need to be mutually exclusive. Being concise is and should be poetic. Speaking clearly can and should be both emotional and respectful. To the point, but not so sharp as to cut?

And to be clear, economy of language isn't necessarily about saying less, or even being shorter all the time. It's about choosing what to say because there is a need to say it. And then saying it efficiently. With an eye on impact and an ear towards the response. 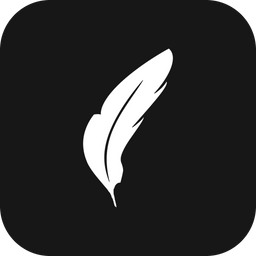